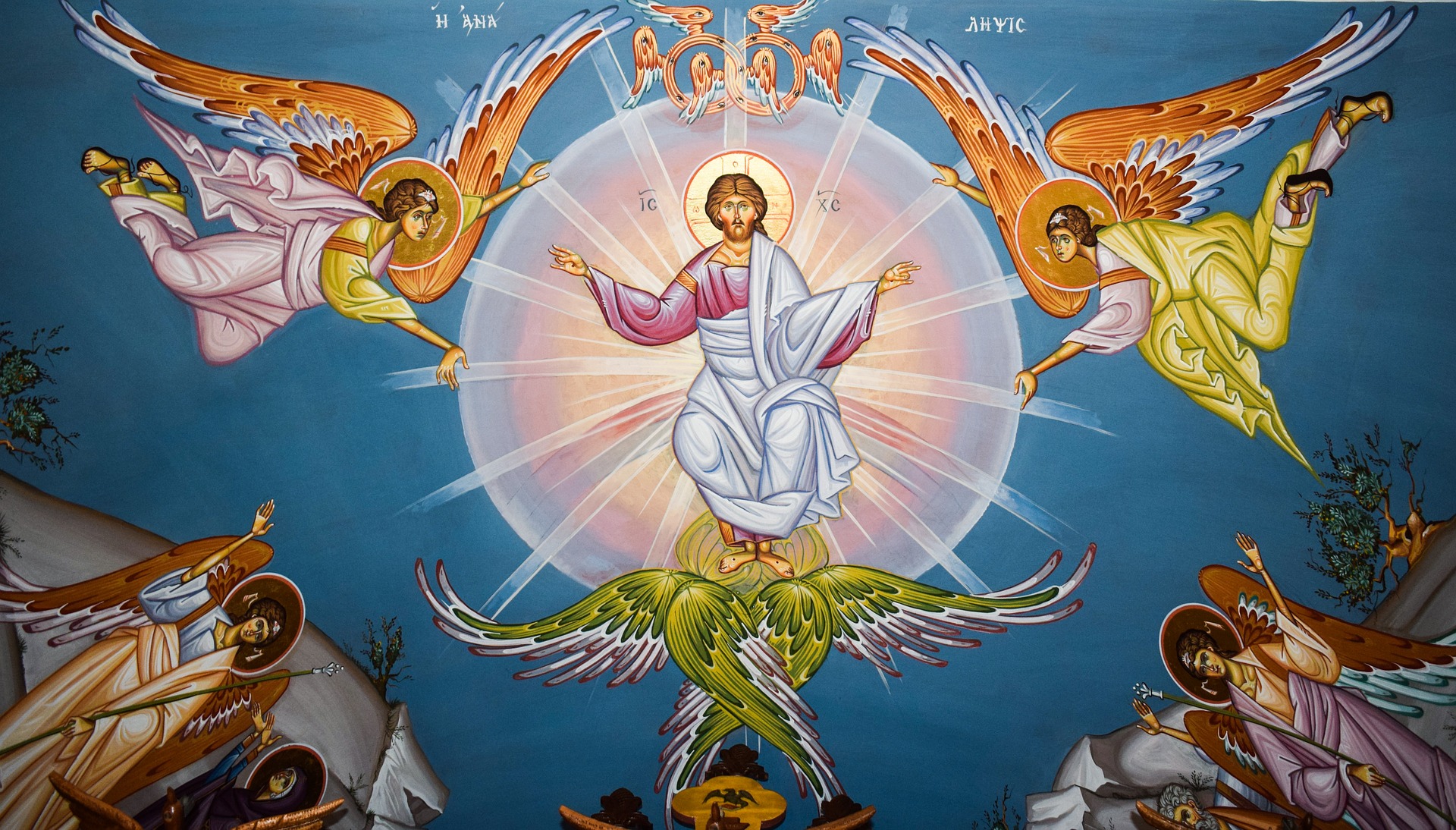 The final scene of the movie, Dead Poets Society, is one of the most moving in cinema. Beloved teacher, Mr Keating (played by the late Robin Williams), is saying a final farewell to his students, who have been inspired by his unorthodox teaching methods and his encouragement to make your lives extraordinary.’ As he leaves the classroom, the students, in defiance of their strict headmaster, stand on their desks and salute him with the words, ‘O Captain! My Captain!’ – referring to a poem he taught them.

Goodbyes are often emotional, particularly if we know we might not see the other person again for a long time, if ever. In films and TV programmes, a farewell scene can be a pivotal moment, or even the climax of the drama. Sometimes, when characters say goodbye to each other, we see a shot of one of them left behind, bereft, gazing into the distance after their loved one. In this context, one line in today’s first reading always grabs my attention: ‘They were still staring into the sky.’ The apostles had just witnessed Jesus being ‘lifted up’ and taken from their sight. They had lost him once with his death, and now they are losing him a second time, after precious time spent with him following his resurrection.

But the scene in today’s first reading for the Ascension is no ordinary goodbye. It is not a dramatic scene written for a film script. In fact, Jesus does not seem to say goodbye at all. His last words are a promise to the disciples: the Holy Spirit will be with them as they set out on their mission. They have not been left alone.

Help your parish the quick and easy way via Virgin Money Giving.